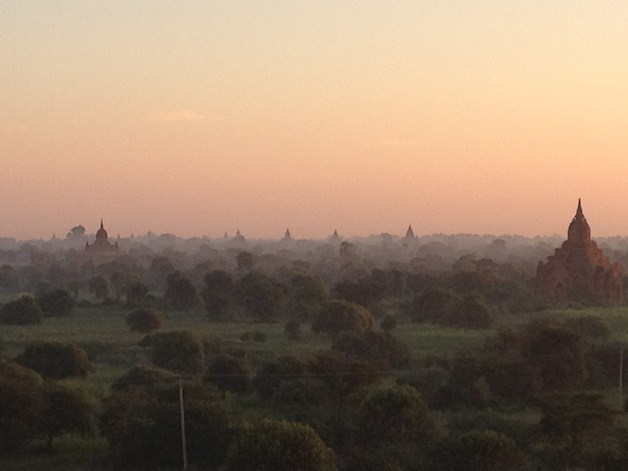 I travelled through most South East Asian countries and have countless times been approached by strangers with a “Hello, friend!”, followed by an inquisitive curiosity about what my name was or where I was from. Following my answer I was usually given a list of football players from that place, often pronounced with accents so thick it was hard to understand the name and some guessing and asking on my part was required (I admit that Schweinsteiger is not particularly easy to pronounce in Asia). 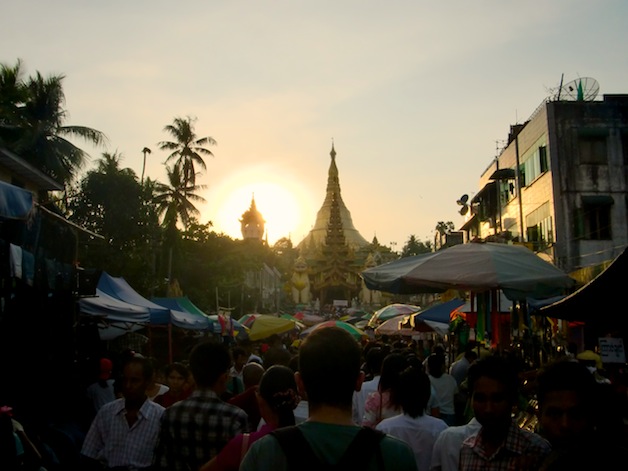 Other questions included whether this was my first time in Malaysia/Thailand/Brunei/Vietnam/Singapore/Cambodia, whether I liked it here, needed a taxi, wanted to buy a fake watch, rent a bike, ride in a tuk-tuk, or attend a ping pong show (No, thank you.) 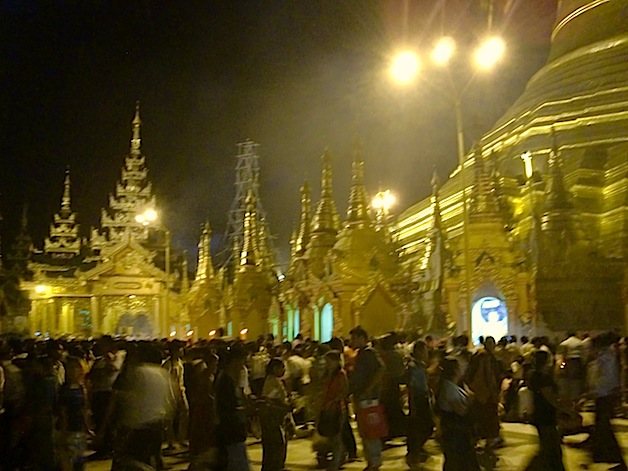 Some questions are so tedious or private I sometimes make up answers just to confuse people and I admit I have sometimes even ignored a “My friend! My friend!” coming from the other side of the street. Annoyed, one of my friends once snapped back: “I am not your friend!” 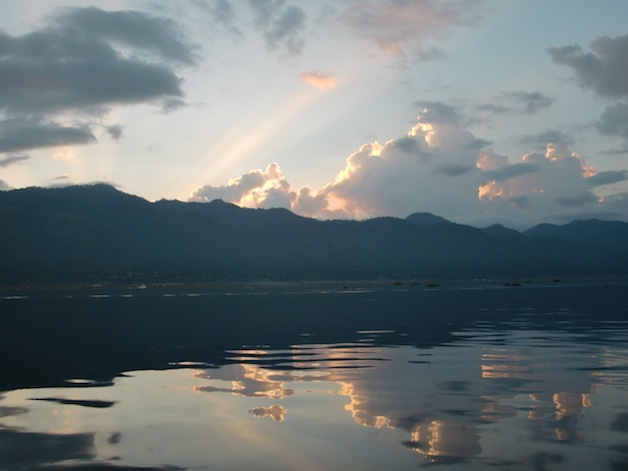 Then I travelled to Burma, or Myanmar, a country that has not seen proper peace in hundreds of years, a country that has been suffering from poverty under a military dictatorship busy building yet another new capital city, something every one of the numerous kings in the past felt obliged to do. 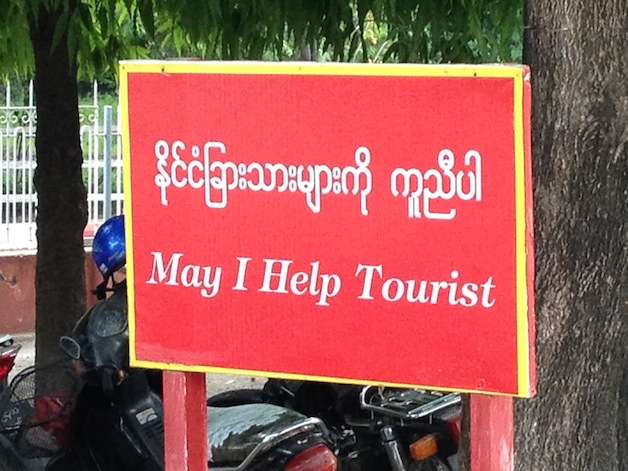 Mandalay is one of those cities. It’s not particularly pretty but you can climb Mandalay Hill to get a lovely overview from the pagoda on the top. While making your way up you are usually surrounded by curious Buddhist monks or teenagers eager to practice their English. They, too, will ask you questions but with genuine curiosity and without any commercial interest in the back of their mind. 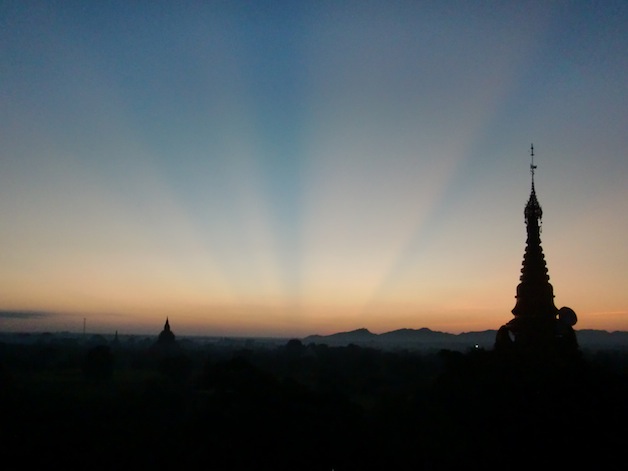 Sitting on the ledge on the top platform I am approached by a smiling teenager duo and after a shy hello and a snicker, suddenly there it was: a question I had never heard before, one that by the way it was phrased hit me on target like a cruise missile, a question that – although short and simple – summed up an entire people’s century long struggle and suffering: their simple desire for auspiciousness. A question that touched me so deeply I had goosebumps and as it sank in, brought tears to my eyes. 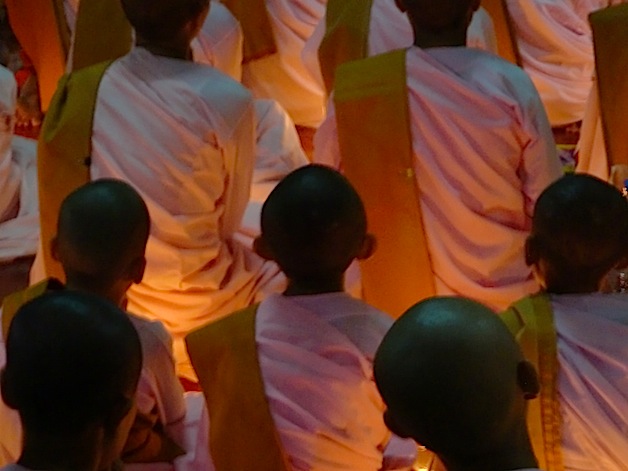 Inside a monastery, Mandalay Region

With a sheepish smile on his face, he asked: “Are you happy in Myanmar?” 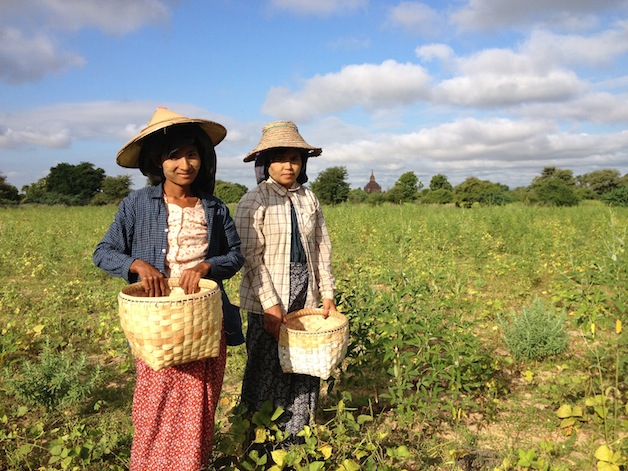 In the fields, Bago State

His sincere concern for my happiness was nothing I had expected and with a dry throat I mumbled “Yes … very happy”. The teenager’s face turned into a broad, satisfied smile, and after thanking me, he nodded and walked away. 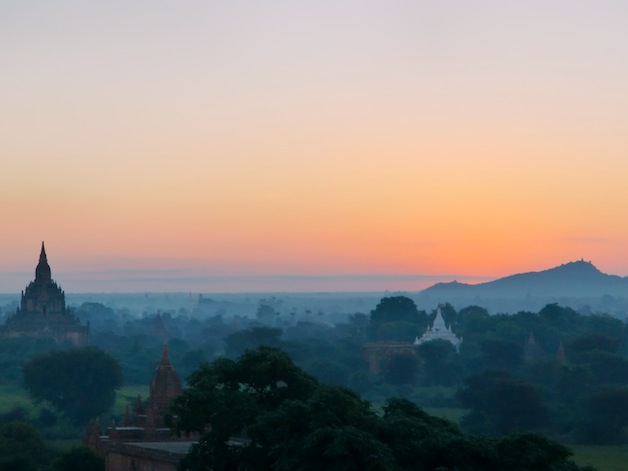 I, however, just sat there, trying to control my emotions. Yes, I was happy here and now, all it took was this kid to remind me.