grandmaster flash up on the roof 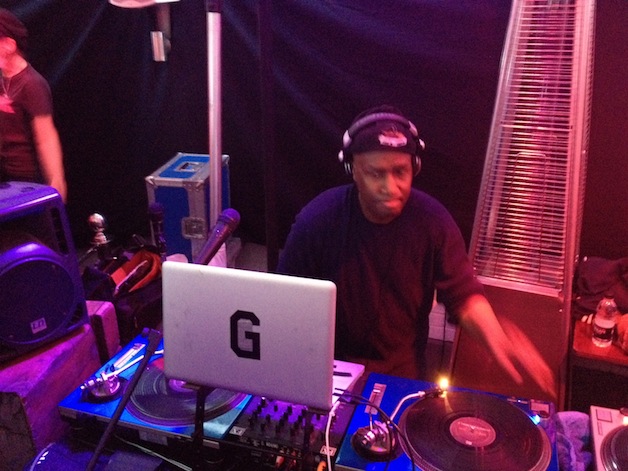 Few people had more influence on hip hop DJing than the man known as Grandmaster Flash, one of the genre’s most innovate pioneers. Growing up with his music I was naturally excited to hear about his gig in London and looking forward to seeing him in action behind the turntables.

Who is Grandmaster Flash? The inventor of the crossfader, Grandmaster Flash developed and mastered several innovations that are still considered standard DJing techniques today. He formed his own music group in the mid 1970s but it wasn’t until 1982 that Grandmaster Flash and the Furious Five released their most significant song ever, The Message. Unlike earlier rap tunes, it featured a grim narrative about inner city violence, drugs, and poverty. 30 years after its release, in 2002, when the US Library of Congress started archiving music in the National Recording Registry, The Message was one of only 50 recordings chosen to be added and the first hip hop recording ever to receive this honor. 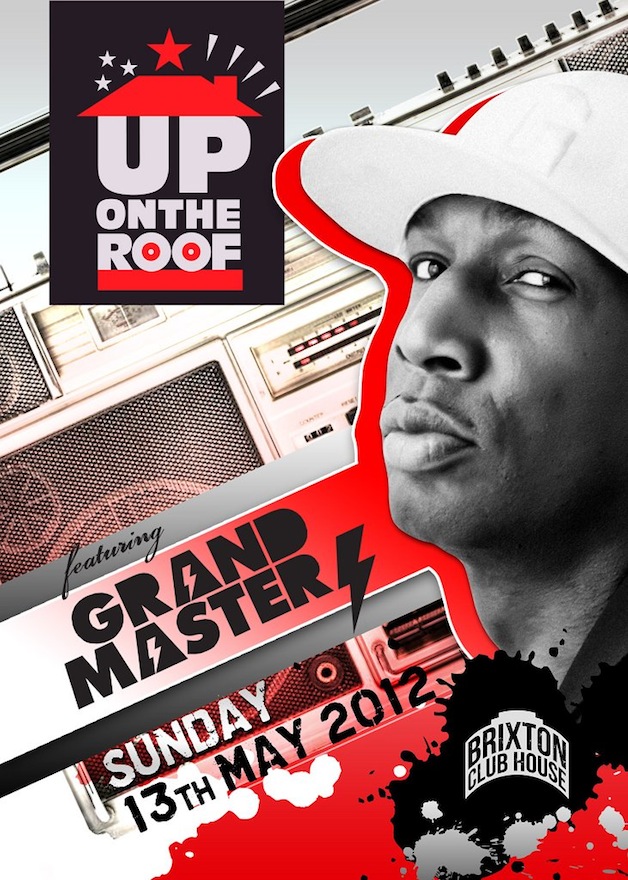 Another ten years later, and five years after Grandmaster Flash and the Furious Five were the first hip-hop/rap group to be inducted into the Rock & Roll Hall of Fame, I am climbing onto the roof of the Brixton Clubhouse to see him live. Up On The Roof is the club’s fabulous two tier terrace decked out with wooden floors, sunloungers and comfy chairs. Centering on the upper level under a tented structure are a set of turntables. As the sun sets over the South London skyline, the Grandmaster enters the stage to set up his equipment, which includes what seems no DJ can do without these days: a laptop.

He sets off his gig with Kurtis Blow’s iconic The Breaks and immediately gets the crowd bouncing. In his mid 50s by now, the Grandmaster has not lost any of his skills, he is still quick on the crossfader and energetic on the decks as the crowd bops their heads to some of the genre’s most recognised melodies.  His playlist is an express train through time, starting in the 1970s of Africa Bambaataa and pacing through the 80s (Run DMC, Beastie Boys, LL Cool J, Boogie Down Productions) and 90s (Cypress Hill, Naughty by Nature, Dr. Dre, Snoop Doggy Dogg, Jay-Z) into the 21st century to end with the recent Jay-Z’s Empire State of Mind as a tribute to his hometown New York.

The playlist seemed endless, however, the one song his name is most well known for was not on it. The Message is as relevant today as it was when it was released 30 years ago. No wonder it was one of the 25 songs inducted into the Grammy’s Hall of Fame earlier this year. And talking about 30 years ago (not that I would remember), it seems DJs could easily do without a laptop…

In any case, with or without a laptop, the Grandmaster still is as grand as ever. Peace!