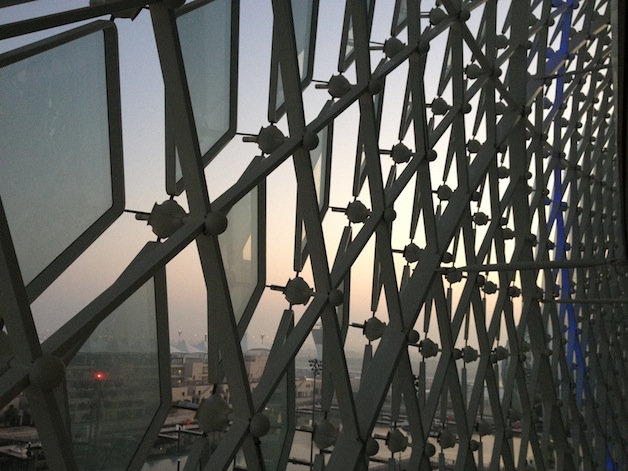 Nevertheless, Mohamed, the night manager welcomed me outside, under the futuristic blue lit honeycomb shell with a friendly smile, taking me up through the empty lobby to my suite. The restaurants and retail units had already shut and most guests were asleep so the corridors and hallways were eerily empty. Add the futuristic design and you feel like you are in a space ship or a scene from ‘2001: A Space Odyssey’. By the time we reached the suite I was ready to say “Open the pod bay door, HAL.” 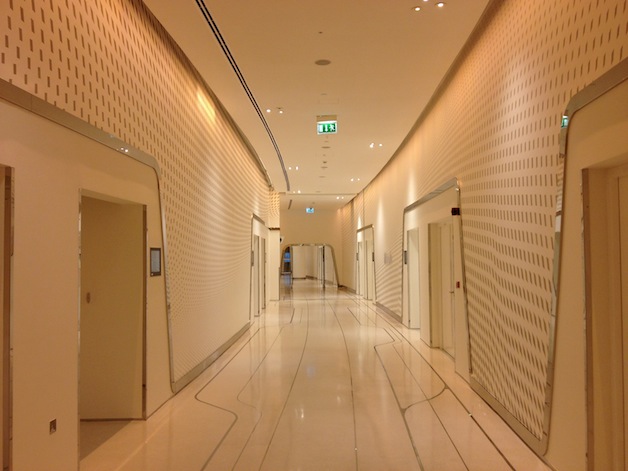 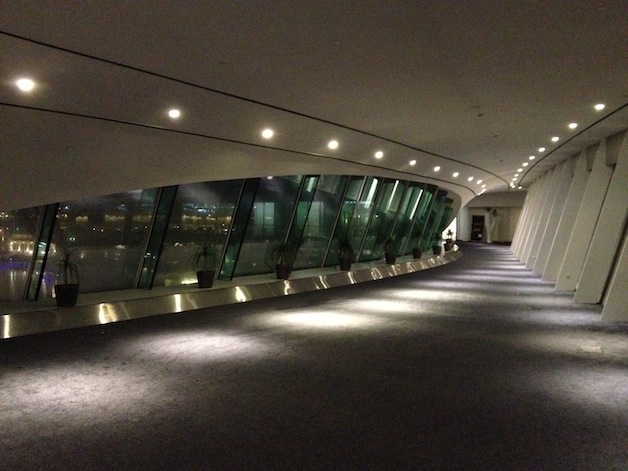 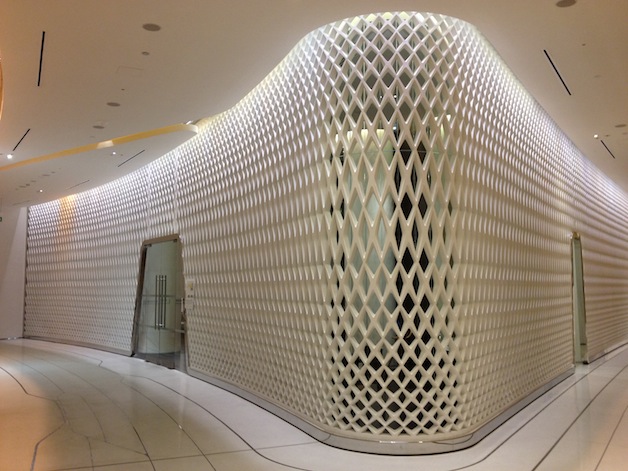 Whoever captained this space ship must have been a huge Formula 1 fan because he landed it right on top of the Yas Marina Circuit. The race course sweeps around the hotel and even passes under a second floor bridge connecting the two hotel buildings. You definitely can’t get any closer to a track, with views even from the spa treatment rooms. 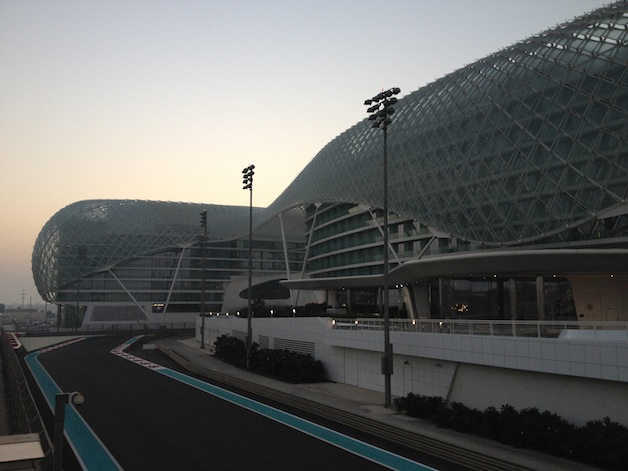 In a week from now, when the F1 circus takes over Yas island for the fourth annual Abu Dhabi Grand Prix, the quietness will be gone and the corridors will be full. The motor sport world will be watching as Sebastian Vettel rides his Red Bull around the track, another step closer to potentially his third consecutive championship win. I saw him win here in 2010, when Abu Dhabi was the last race on the calendar and he claimed the victory in a dramatic finish, turning the hotel into a frantic party venue. This year there are two more races after Abu Dhabi and when the F1 circus moves on to Austin, Texas, the corridors in the spaceship that is the Viceroy Abu Dhabi will be quiet again. Unless HAL decides to take off and land the hotel in Texas.