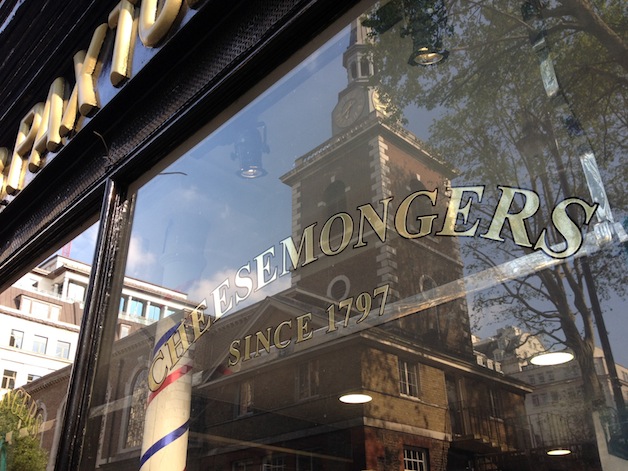 Running one-way parallel to Piccadilly, Jermyn Street is home to some of London’s most established gentlemen’s fashion brands – whether you are looking for outfits, bespoke shirts, handcrafted shoes, tailor-made hats, walking sticks, shaving brushes, guns, cigars, perfumes, or a barber, you can be sure to find a specialized dealer here for even your most extraordinary needs.

My favorite shop, however, is New & Lingwood: not only do they stock London’s most exquisite Edward slippers, but also a range of fantastic blazers, fabulous socks and most  extraordinary cufflinks. But that’s another story… 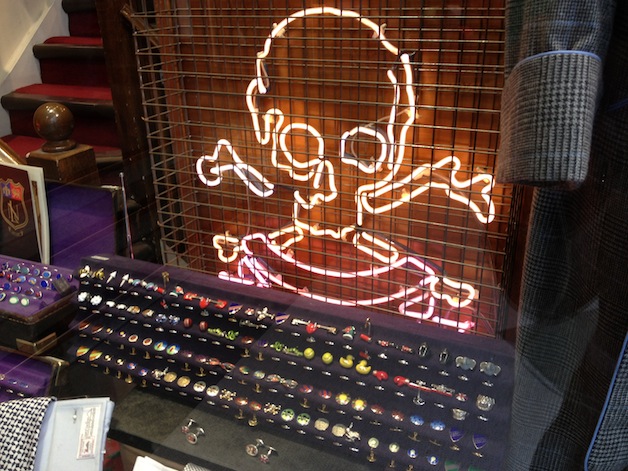 Back to the cheese: in the centre of all this fashion sits Britain’s oldest cheese shop, Paxton & Whitfield with its iconic black and gold frontage on 93 Jermyn Street. While the shop dates back to 1896, the business itself can be traced all the way back to 1742.

The company has been a favorite among London’s affluent residents ever since and its reputation has grown steadily, culminating in the honour of being appointed cheesemonger to HM Queen Victoria and in fact every UK monarch since, including Royal Warrants of Appointment to Her Majesty The Queen, and HRH The Prince of Wales.

Paxton & Whitfield continued trading all the way until the 1940s, but when eggs, butter and cheese were in short supply during World War II, 93 Jermyn Street became an ordinary grocery shop.

After the War and a series of different owners, business improved as Paxton refocused their efforts on traditional British rural cheese-makers as well as the best that Europe could offer. 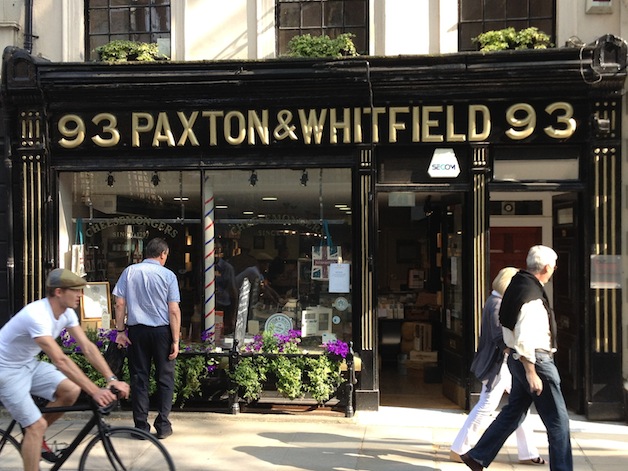 Today, in it’s third century of trading, there are around 200 varieties of highest quality artisan cheeses on stock, many of which are matured on site in the underground cheese cellars, the shop’s inner sanctum. 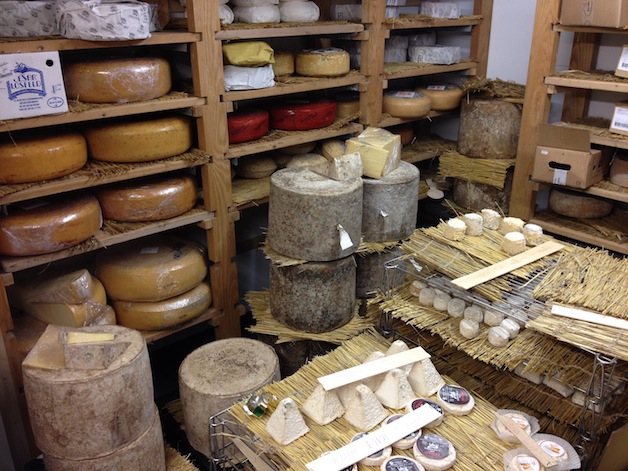 Apart from it’s three London shops the company now also operates a flourishing virtual store on the web. Furthermore, a recent reciprocal partnership with celebrated Parisian fromagerie Androuet who stock a range of the best British cheeses, for which Paxton in return recommends and provides a stunning range of French cheese turned into a successful cooperation. It seems that not love, but cheese conquers all…

An excellent selection of Paxton & Whitfield cheeses can be sampled in true gentlemen’s style at the nearby St. James’s Hotel & Club. Home to the legendary gentlemen’s club between 1857 and 1978, it is today one of London’s most exclusive luxury hotels. It’s restaurant, apart from serving one of London’s best Wiener Schnitzels, holds weekly Cheese masterclasses pairing Paxton & Whitfield’s British cheeses with wonderful wines and seasonal food prepared by the hotel’s Michelin starred chef William Drabble.

As Winston Churchill once observed “a gentleman only buys his cheese at Paxton & Whitfield” and who knows, he might have even had some at the St. James Club, provided his cousin Lord Ivor Spencer Churchill took him along – only he was a member of the club.