there is only one ritz 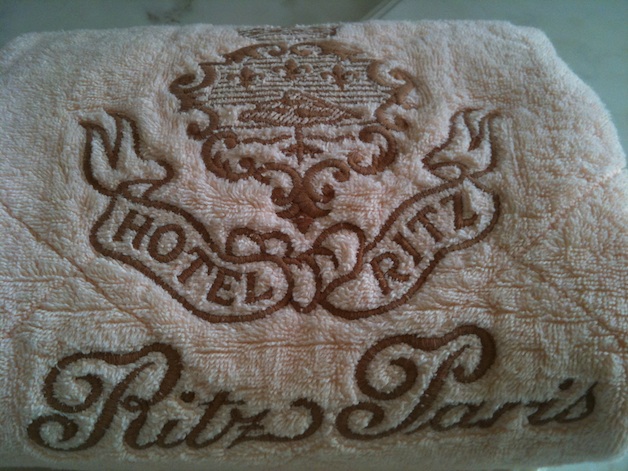 Last weekend, just days before its closure to commence an “unprecedented” 27+ month renovation on 1 August 2012 I had the exclusive opportunity of experiencing the legendary Ritz Paris one last time. 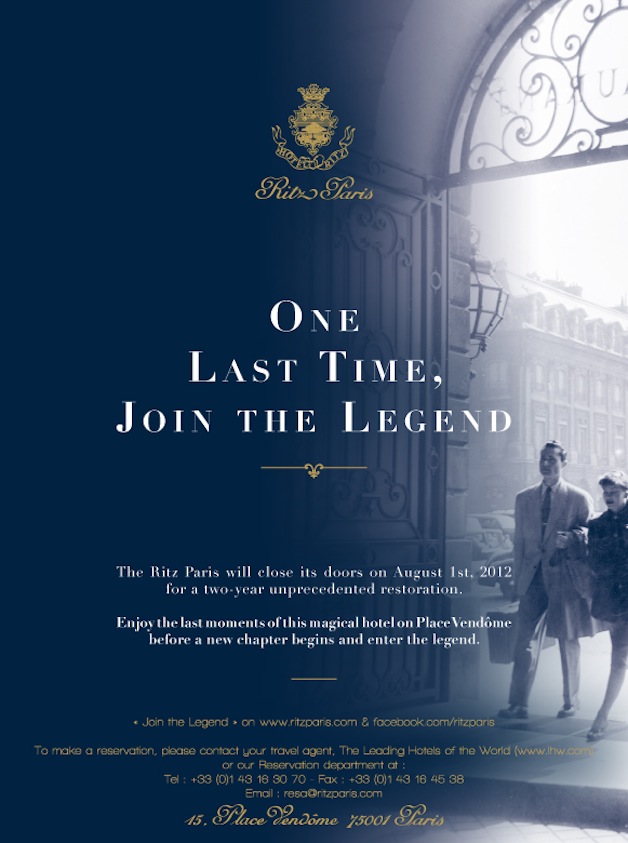 The Ritz Paris is one of the hospitality industry’s very few, truly legendary grand dames, the kind often mentioned in the same breath with the Peninsula Hong Kong, The Oriental Bangkok or Raffles Singapore. There is one major difference though: while all of the above mentioned hotels today belong to international chains with establishments around the world, the Ritz has maintained a unique and rare independence.

While checking in, I overhear the American couple next to me confirming to the receptionist that this was their first stay at the hotel. They felt inclined to add, however, that although this was their first stay in Paris, they had stayed at “many of your hotels around the world” and I caught myself smiling as the receptionist, with her sweet French accent, answered: “Sorry, madam, but there is only one Ritz”, explaining that this hotel had nothing to do with Ritz-Carlton or any other hotel bearing César Ritz’s last name. 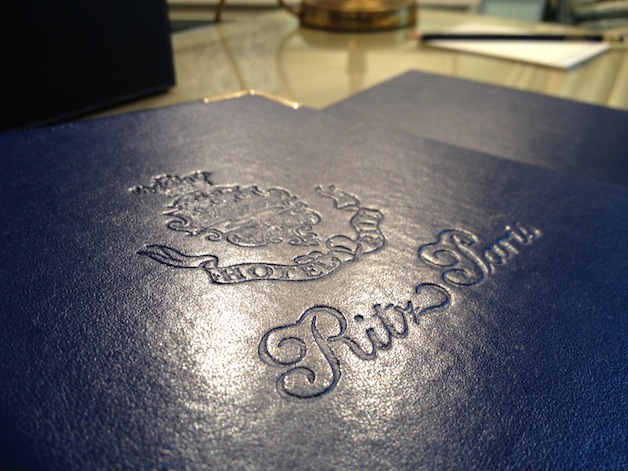 It can indeed be confusing: there is a Ritz Hotel in London and one in Madrid, as well as several Ritz-Carltons around the world (one of them actually being a Four Seasons!), many of which our American couple had supposedly stayed at. For true hotel aficionados such as myself, however, this is indeed the “only“ Ritz.

Legendary hotelier César Ritz opened it as his first own hotel in 1898 following his departure from London’s Savoy, which he had managed for the previous 8 years. It was not until 1906 that he opened London and another four years later until the Ritz in Madrid welcomed its first guests in 1910. 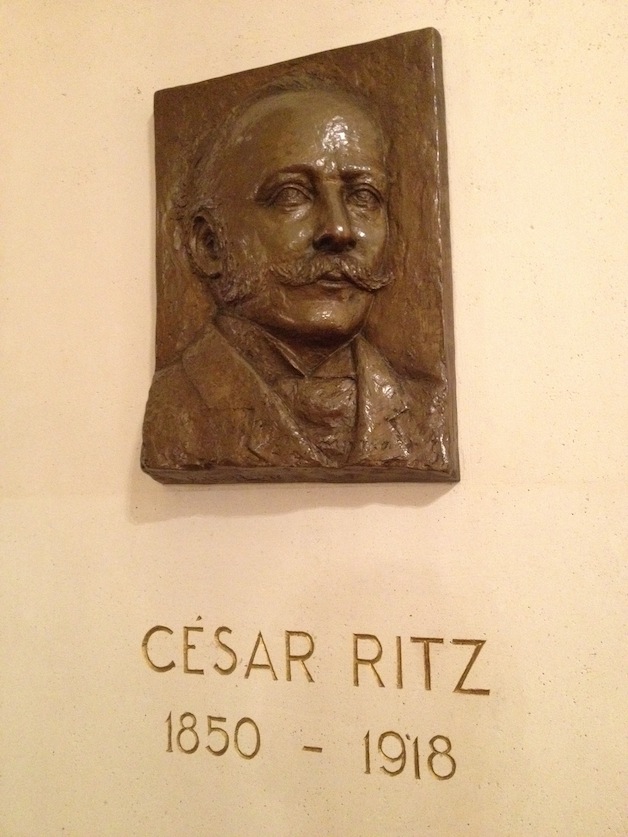 With its iconic address on 15, Place Vendome, the Ritz Paris occupies a unique spot in the heart of the French capital. Only steps from glamorous rue St Honoré, the city’s unofficial fashion HQ, the Ritz has always been closely linked to fashion and the fashionable made it their endroit preferé. First and foremost Coco Chanel, who lived at the Ritz for over 30 years until her death at the hotel in January 1971. 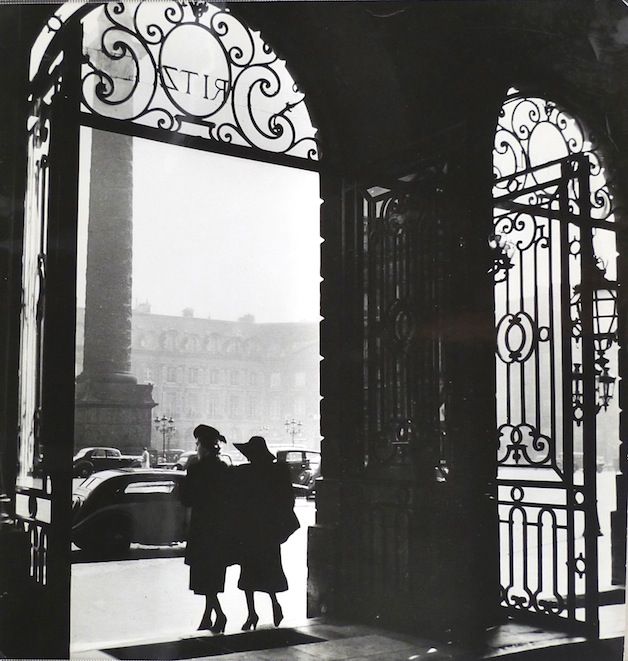 It was also Coco Chanel who once famously said “Fashion fades, only style remains the same” and while the Ritz’s brilliance might have faded over the last years, it is still stylish as ever; its imposing hallway leading from the reception to the Michelin starred L’Espadon restaurant, is still a catwalk for the rich and famous and is probably only comparable to the Peacock Alley at New York’s Waldorf-Astoria of the early 20th century. 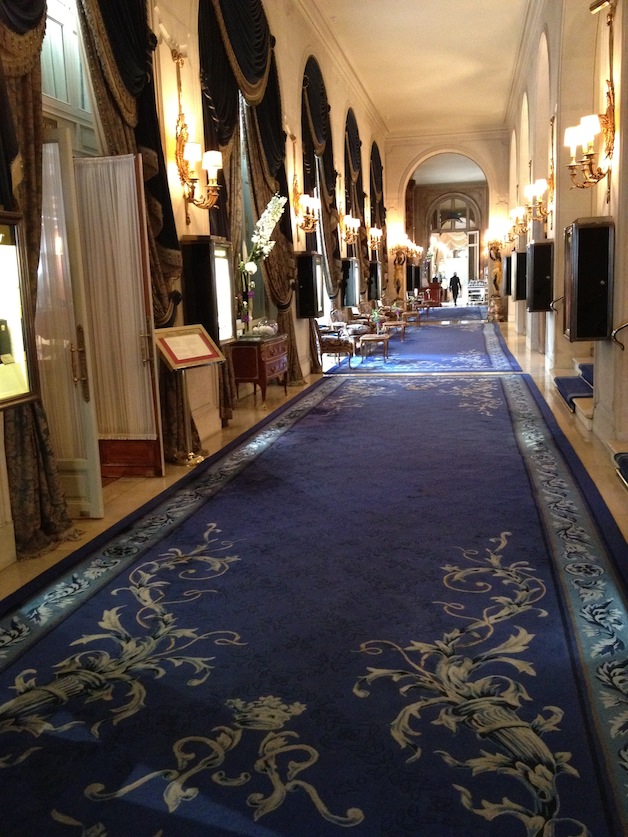 Nevertheless, there is a thin line between charmingly historic and outdated – the Ritz had its last renovation when Monsieur Al-Fayed purchased the hotel in 1979 – and the time has now come to draw the ornate curtains and prepare for the next chapter. 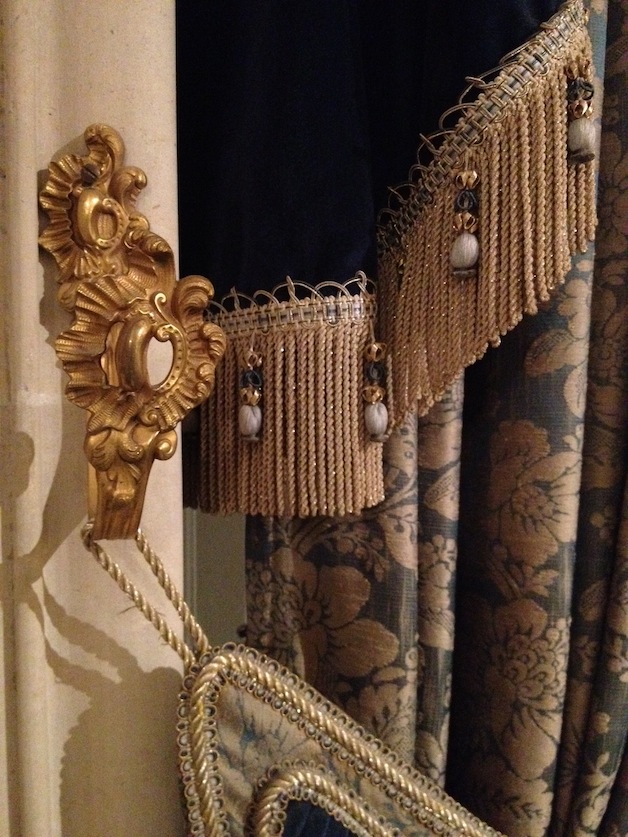 César Ritz declared that his job was “to anticipate what his clients wanted next” and today it is up to Monsieur Al-Fayed to foresee what the hotel should be like in the future. Known for his leadership style of unprecedented decisions and unique foresight, he has commissioned internationally renowned interior designer Thierry W. Despont to restore and recreate the Ritz’s rooms, suites, restaurants, bars, spa and public spaces, not to mention the famous Ritz Escoffier cooking school and the hotel’s unique and celebrated gardens. 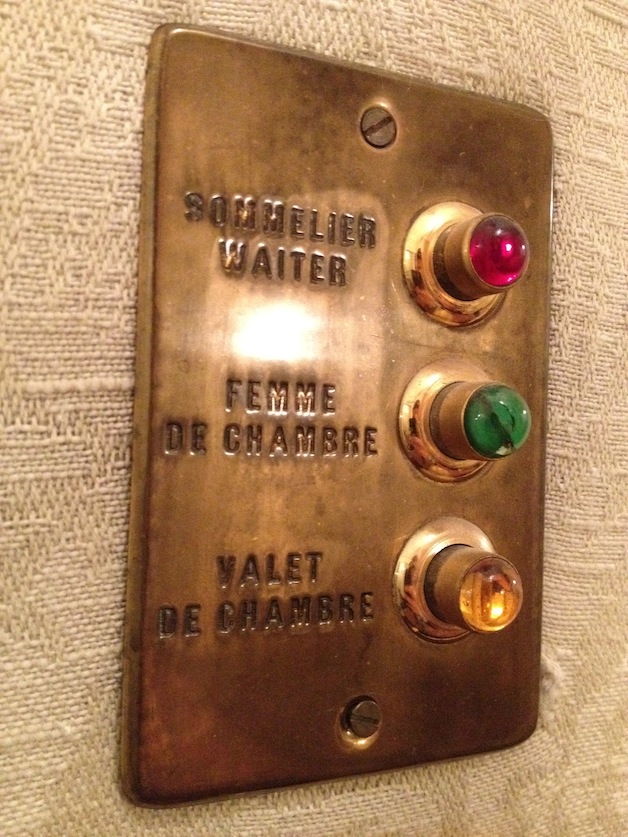 General Manager Christian Boyens explains that paramount for the renovation is not to invent a new hotel, but to re-create the hotel in a way that honours the past, in a fashion that will find immediate favour with discerning travelers of the 21st century. 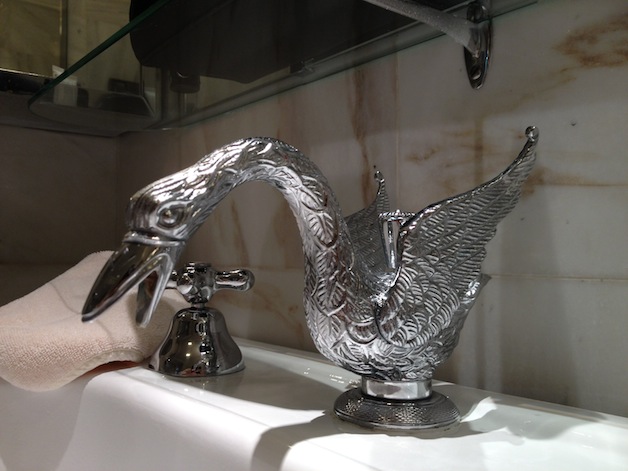 It’s still a secret what it will look like, with only an elite circle of long standing regular guests given a glimpse at Monsieur Despont’s first ideas at this point but Christian Boyens stresses that whatever it will look like afterwards, the result will be distinctively Ritz. 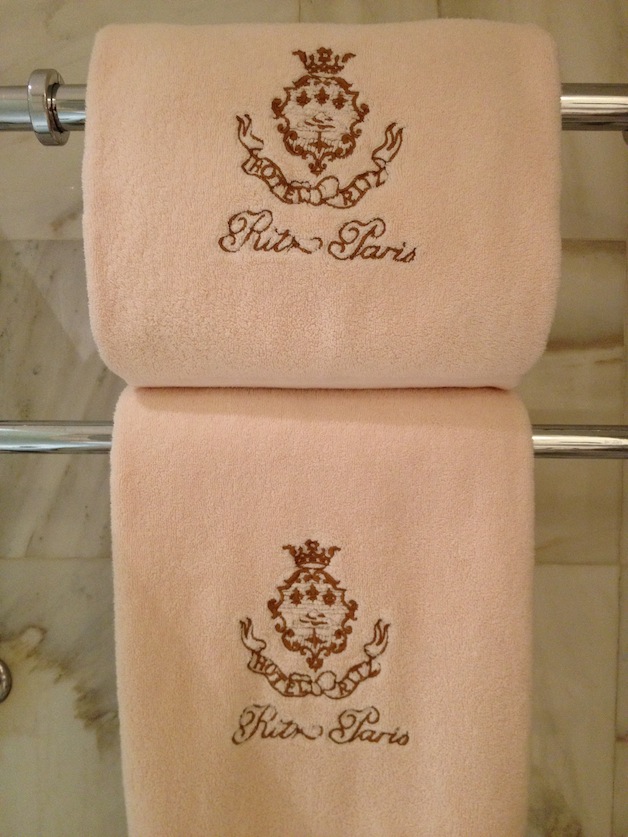 So for most of us it will be a good two year wait until the “unprecedented”, EUR 150 million renovation project comes to an end but I am certain that the result will propel the hotel back to the top of  the world’s best hotels. And probably it will be so distinctive that when you enter it will become immediately clear that, after all, “there is only one Ritz”.